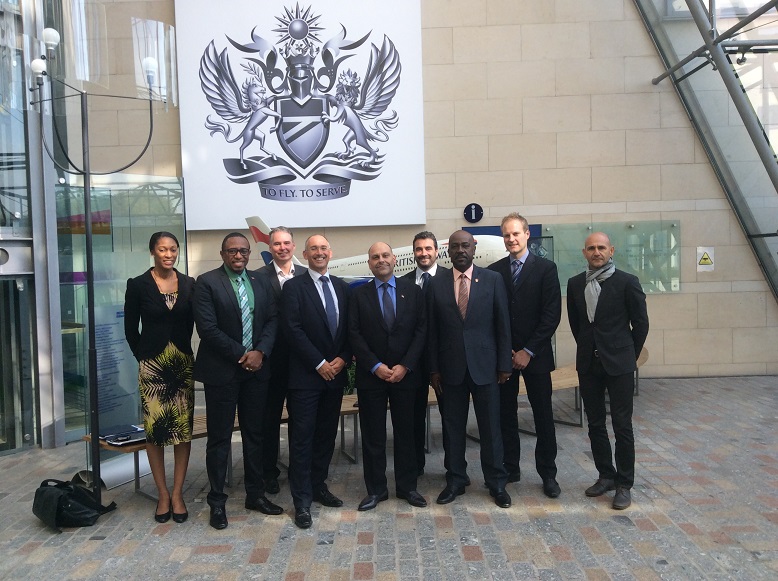 London, England: Tourism Minister, The Honourable Asot Michael has today announced that Antigua and Barbuda will benefit from an additional flight with British Airways for the Summer 2015.

The additional flight will take airlift available on British Airways from 6 to 7 daily, and will allow the airline’s seats to the destination to grow by twenty percent, making way for increased UK tourism arrivals.

Currently, Antigua and Barbuda is trending up with the airline.

He discussed the Government’s commitment to increasing the current rooms on island to 5000 by 2016 and the near completion of the new state of the art airport, the largest in the Easter Caribbean, which would be ready to receive the increased arrivals coming summer.

He added that the Government has come to an agreement with Petrocaribe/Bolivarian Alliance for the Americas (ALBA) which will allow fuel costs to the airline to become 10% to 12% cheaper.  This news was well-received by British Airways.

Member of Parliament, the Hon. Paul Chet Green who serves as Minister with responsibility for Heritage sites, also attended the meetings with British Airways.  The Minister addressed efforts to enhance the overall tourism product, and of the ongoing review of the islands heritage sites.

The meeting achieved its overall objective of improving airlift and cooperation between Antigua and Barbuda and British Airways.