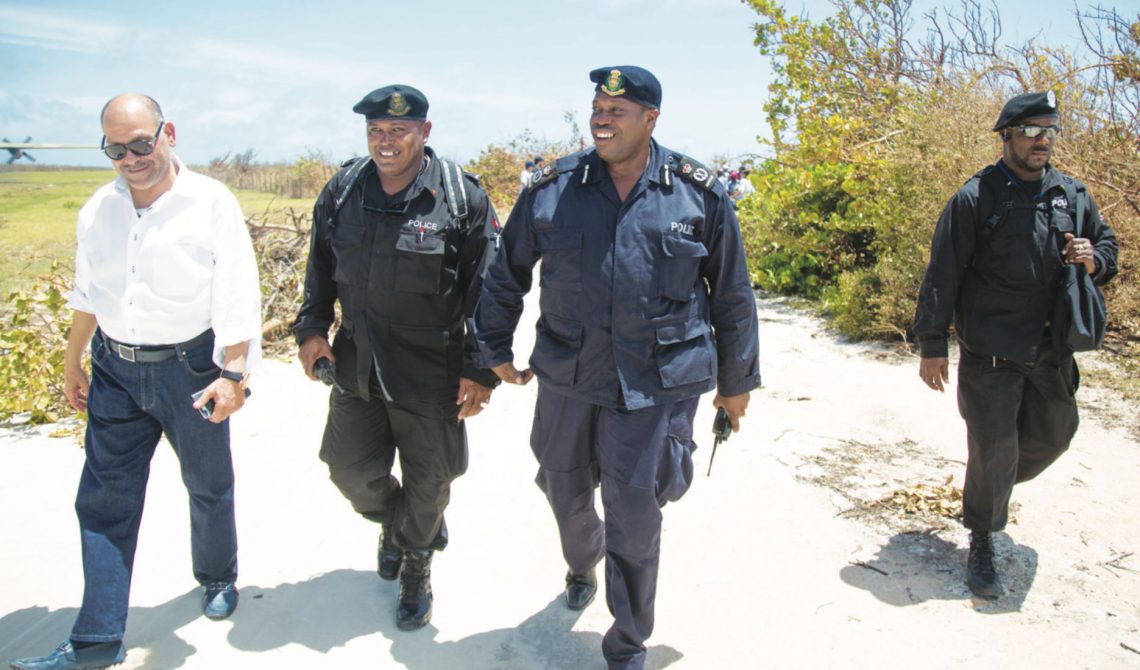 Prime Minister Gaston Browne is leading from the front regarding donations to help with the mammoth task of rebuilding Barbuda.

Speaking in parliament on Monday, Browne said initial estimates place the rebuilding effort for Barbuda in the region of US$200 million. He said he hopes to raise the first $50 million towards that target ‘within a 30-days’ and he said that he is prepared to lead the way in this regard.

He revealed that he contacted his bankers to pre- pare a draft for the sum of EC$100,000.00 that he will personally donate to the Barbuda rebuilding Fund. Before the end of the day’s debate, a copy of the cheque in the amount promised was presented in the parliament indicating that the prime minister had followed through on his promise to make the donation.

The prime minister also called on tourism minister, Asot Michael, to make a generous contribution to the rebuilding fund. During his presentation in the after- noon, Michael announced the Michael Family had in Antigua for over one hundred and thirty years ago and that its members felt moved by the situation in Barbuda and have heeded the prime minister’s call. “We came with nothing and Antigua welcomed us! We are eternally grateful for the fact that we have done well living among you the good people of Antigua and Barbuda. It is because of this that the Michael Family in Antigua wishes to donate US$200,000.00 or EC$540,000.00 to the re- building effort in Barbuda,” he announced.

PM Bird also announced that several ‘Friends of Antigua and Barbuda’ have responded generously to the disaster relief and rebuild- ing efforts. These include Martin Franklin of Jumby Bay who paid for the Amerijet charters that ferried relief supplies to Antigua, Steven Morgan LSO OF Jumby Bay who is donating US$1 million, and Calvin Aye who will match donations pledged through bitcoins up to a maximum of US$1 mil- lion.

Assistance also came from friendly governments including Canada, whose prime minister, Jus- tin Trudeau, pledged that a team from his government was expected in Antigua on Monday afternoon to do an assistance with the promise of further assistance.

Other assistance is com- ing from China, Cuba, Chile, the Dominican Republic, other countries within the OECS as well as Trinidad and Tobago which provided a military helicopter.