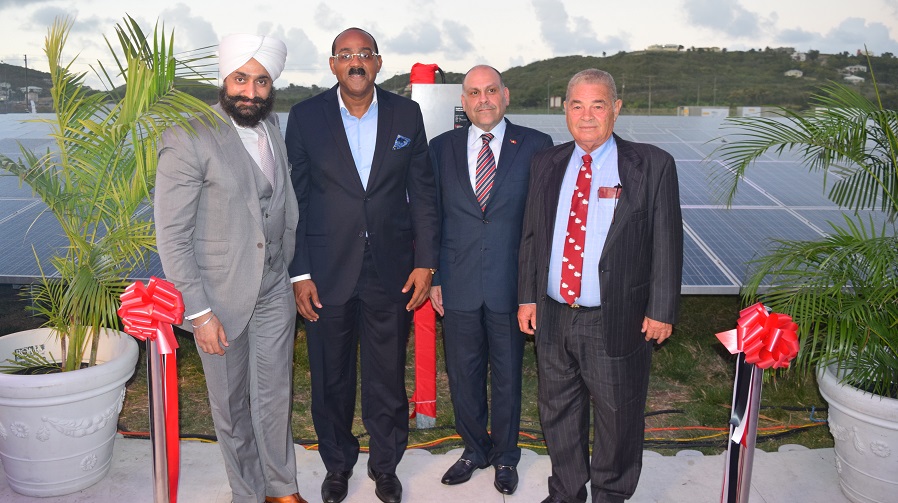 St. John’s: Antigua and Barbuda has made significant advancements in the field of green energy. Evidence of this came yesterday (Thurs) with the official inauguration of the 3 MW photovoltaic plant located at the southern end of the Sir V.C. Bird International Airport.

The project which converts sunlight into clean energy is a pioneering project for the entire region providing primary energy sources to the Sir V.C. Bird International Airport . This was highlighted as being a major development for the Government of Antigua and Barbuda in its quest to develop and implement a comprehensive program of renewable energy for the twin island state.

Minister of Tourism, Economic Development, Investment and Energy, the Hon. Asot. A. Michael delivered the feature address at the inauguration ceremony and highlighted the importance of the project, “This thrust towards renewable energy development is particularly significant, as it provides huge benefits in a number of areas for all of our people. First and foremost, this solar energy initiative represents a successful attempt to harness the country’s abundant, available, renewable resource. In this case, the remarkable solar energy which streams down upon us is a blessing. Our bright sun attracts tourists to our country and gives us a crucial supply of energy when converted. My Government can then strategize to bring significant reductions in the foreign exchange spent on oil and gas, and to reduce the cost of energy to all consumers. At the same time, this shift to renewable energy will result in a more pristine environment in which our people and visitors will thrive.”

The inauguration of the 3MW PV plant follows on the heels of the enactment of legislation in 2015 by the Antigua Labour Party administration on which Minister Michael serves as the Minister of Energy. The legislation dubbed the Renewable Energy Act of 2015 liberalized the generation of renewable energy by removing the monopoly for electricity generation from the Antigua Public Utilities Authority (APUA).

Yesterday’s inauguration forms part of a larger 10 MW PV project. “This 3 megawatt plant represents 6% of the peak capacity for Antigua; and, with phase 2 planned for the end of this year, a further 7.5% will be commissioned with a further 7 Megawatts coming on-stream during 2017”, noted Minister Michael. He continued that, “the 10MW of solar energy can replace about 800,000 gallons of heavy fuel oil, thereby allowing us to save millions of dollars in foreign exchange, which can then be used for other purposes”. 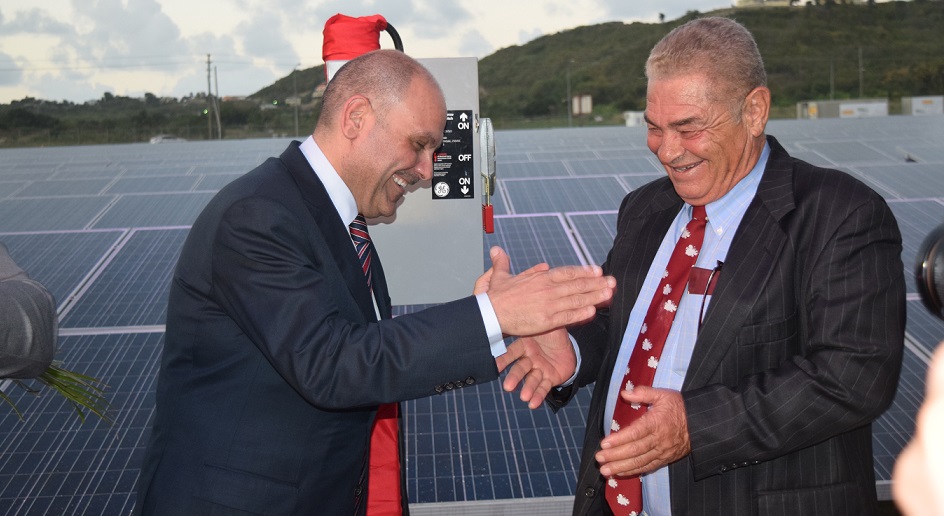 Minister Michael was filled with praises for the lead contractor of the project, PV Energy Ltd under the leadership of business mogul Mr. Peter Virdee. “This youthful and dynamic UK-born and bred businessman has over 21 years of experience in the property development sector. He is the founding partner of B&S Property and has built a £4 billion Pound Sterling property-empire with assets in Europe, the Americas, the Middle East and Africa…The 10Megawatt project has been PV Energy’s first foray into the Caribbean. We look forward to collaborating with PV Energy in positioning Antigua and Barbuda as a centre for distribution and supply of renewable energy throughout the region,” remarked Minister Michael.

The Hon. Minister of Tourism, Economic Development, Investment and Energy pledges continued support and partnership with its key strategic partners inclusive of the Antigua Public Utilities Authority in ensuring the sustainable harvesting of clean energy in Antigua and Barbuda.