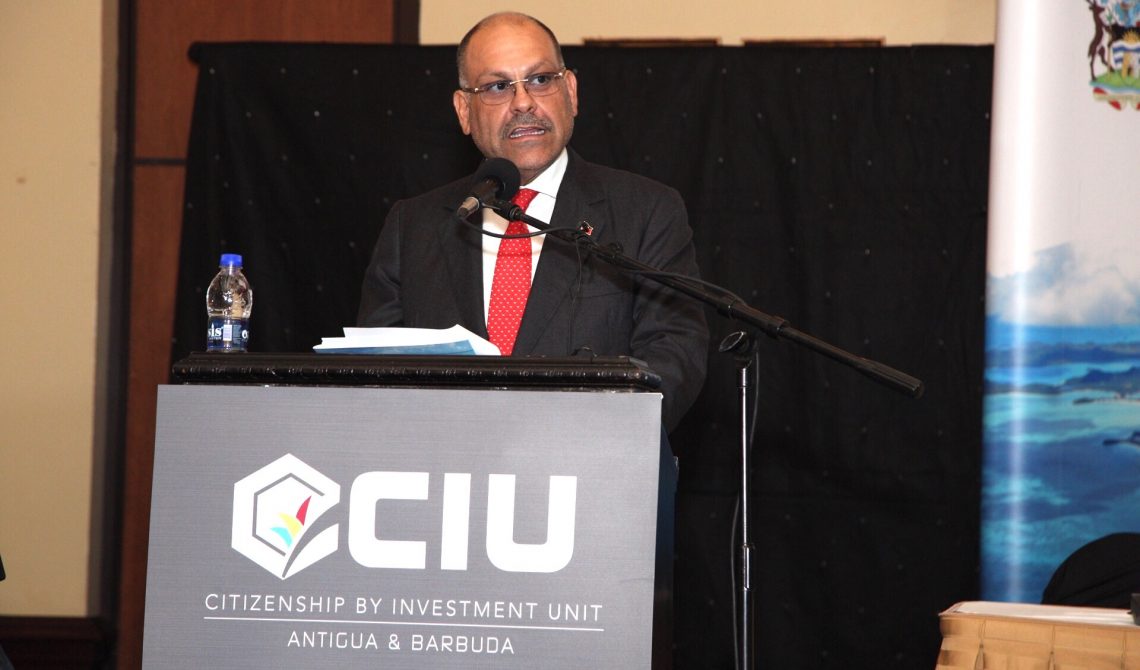 St. John’s Antigua: Investment and Tourism Minister the Hon. Asot A. Michael today (Tues) outlined the plans of the government of Antigua and Barbuda to raise the levels of Foreign Direct Investments made into the national economy specifically within the services sector.

The pronouncement was made during his presentation at the opening of the 2017 edition of Invest Caribbean, a conference aimed at highlighting the advantages of investing in the Citizenship by Investment Program in Antigua and Barbuda.

According to the Hon. Minister, consideration must be given to implementing incentives that will attract services investments as currently the investment regime is heavily weighted towards capital intensive investments.
“As the economy is largely services based, and given the government’s commitment to diversification into sectors which do not compel as intensive brick and mortar investments as does tourism, consideration must also be given to encoding relevant incentives into the investment framework that will attract services investments,” stated Minister Michael.

Added to this, a greater thrust has to be made towards improving the ease of doing business within the twin island state and already the government has implemented several regulatory and legislative interventions which we are confident will set us on the path to improved rankings on the World Bank Ease of Doing Business Index.

The steps taken in this direction are inclusive of changes to the Customs control and management act which eliminated the need for importers to produce Certificate of Good Standing, the launch of the ASYCUDA World Manifest module, which permits electronic filing of ship manifests pre arrival of vessels and the launch of the Public Access Module by the Land Registry which encourages further facilitation of the search for land records and relevant ownership information through online platforms.

Of magnanimous importance to the overall success of the country’s CIP is the government’s thrust towards continuously safeguarding its integrity and sustainability.

“Every effort has to be made to explain the genuine purposes of the CIP; to show to those who fear it the benefits that it brings; and to assure those who question it of its integrity and safety. The CIP is not about ‘selling passports’ as its detractors proclaim… To deserve citizenship and a passport, applicants have to satisfy very high standards of behavior; behavior that is closely examined by professional bodies schooled in investigations that leave no stone unturned. The reason that this scrutiny is so intense and the investigation so penetrative is precisely because we place the utmost value on our citizenship and passport.”

The Hon. Asot A. Michael – Minister of Tourism, Economic Development, Investment and Energy.