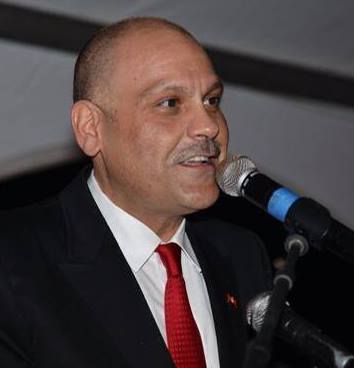 The parliamentary representative for St. Peter, Asot Michael, says the move by parliament to amend the Barbuda Land Act has the potential to un- leash Barbuda’s full economic possibilities.

In his contribution to the debate in the House of Representatives on Tuesday, Michael said that current land tenure situation in Barbuda has been a deterrent to its development and he blames a handful of people for perpetuating the practice for decades.

Michael noted that back in 1999, following the passage of Hurricanes Lenny and Jose, a team lead by member of parliament, Molwyn Joseph, was sent to Barbuda for an assessment of the situation there.

The Joseph team report- ed then that “It is obvious, however, that the current leadership of Barbuda entertains an unrealistic view of what is required for development.

The leadership of Barbuda needs assistance in understanding there cannot be development without land. The protracted conflict of the land issue be- tween the Government and the Council can only result in the underdevelopment of Barbuda”.

The St. Peter representative noted that not much has changed with respect to the situation on the is- land today as it did back in 1999.

He made reference to what he termed ‘the wrongful stranglehold’ in which a handful of opportunists grip Barbuda, adding that it is detrimental to its residents and the potential economic prosperity of all Barbuda residents.

“We have had much of that, particularly from opportunistic members of the Opposition political parties who are desperately seek- ing relevance for them- selves,” he declared.

The St. Peter representative also made reference to a report by a Common- wealth Review Team which confirmed in October 2000, that Barbuda will never develop and the residents of Barbuda will never be empowered and enriched, until the myth of common ownership is ended once and for all.

Michael holds the view that the residents of Barbuda must be given the right to own land which they can use as collateral to raise financing to uplift themselves.

He pledged his full sup- port for the initiative by the government of Antigua and Barbuda that is offer- ing them the land on which they have built homes at a nominal sum.

“It is a far greater leap that we have taken for the residents of Antigua.

“In that sense, it is dis- criminatory and unfair to the residents of Antigua who are required to buy land at the going price, and to build or buy houses at their own expense.

“But Mr. Speaker, it demonstrates the under- standing, the concern and the generosity of the government and the people,” he explained.

According to Michael the government is being motivated by a sense of fairness and for the overall development of all people of the nation of Antigua and Barbuda in a manner that is equitable.

“In other words, it seeks to empower Barbudans in a way they have never en- joyed or experienced.

“They are being given the keys to open the door to wealth creation; to seize the opportunity to be owners not tenants; to brighten their prospects and widen the pathways to their own progress,” he declared.