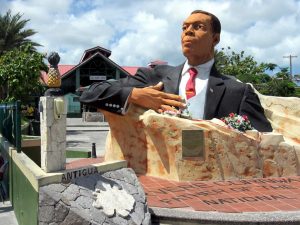 Vere Cornwall Bird Snr was born on 9th December 1909, the third of four children. He had only an elementary education at the St. John’s Boys School, but he was a man of immense intelligence. As a teenager, he joined the Salvation Army and at the age of 21, he was a Captain commanding persons older than himself.
He was trained in Trinidad and he served in Grenada. On 16th January 1939, he was elected to the Executive of the Antigua Trades and Labour Union formed that very day to lead the struggle of the working people against oppressive and exploitative working conditions in the sugar industry and at the Port. On 26th February 1940, when the AT&LU received its legal status, he was confirmed as an Executive Member.

Three years later in September 1943, he was elevated to the post of President of the Union. In that same year, he gave the workers a public voice with the emergence of the Union’s newspaper, “The Workers Voice”. A year later, the union won the principle that a worker could not be dismissed without compensation. In 1945, he was elected as a member of the Legislative Assembly. His popularity with the people of Antigua and Barbuda caused him to be made a member of the Executive Council in 1946 although he spent much of his time in conflict with the non-elected members who represented the plantocrats of the day. 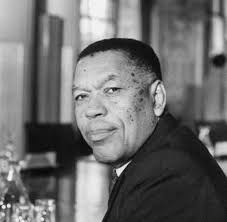 In 1951, the Union, under his leadership, established the right of the Union to negotiate for workers and for contracts to be signed with management. He attended Caribbean trade union conferences in Trinidad in 1945, St Kitts in 1946 and the famous Montego Bay conference in Jamaica in 1947 which decided on the creation of the West Indian Federation. In 1951, the Union representatives, led by VC Bird Snr, won all 8 of the elective seats in the Legislature. VC Bird Snr was made one of three Chairmen of Committees in the Executive Council.

During the period 1951-1956, he established the Peasant Development Scheme under which people received farm lands and qualified for loans. He also pushed for housing, and in 1954 alone, 1,130 houses were completed under an aided “self-help” scheme. Concerned about the problems of drought, he ensured that a catchment of 8 and a half million gallons of water was constructed. He also fought for the improvement of the telephone system and the extension of electricity supplies. In 1953 and 1956, he was a delegate to Conferences of West Indian Governments at Lancaster House in London that worked out the mechanics of West Indian Federation. 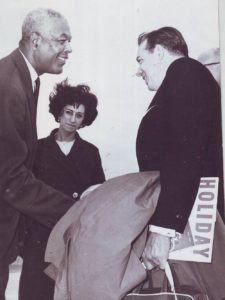 On 1st January 1960, VC Bird Snr was appointed the first Chief Minister of Antigua. During this period, he agitated for free Government schools and built the Princess Margaret School in 1955. His own government built the second Government Secondary School, opened on 20th September 1961 at Golden Grove. During this period, VC Bird also led the move to diversify the Antigua and Barbuda economy. He introduced tourism and other service industries to take the country out of its dependence on sugar production.

After the West Indian Federation collapsed in 1962 and regionalism seemed to be disappearing as a distant dream, along with Errol Barrow of Barbados and Forbes Burnham of Guyana, VC Bird Snr brought the Caribbean Free Trade Association into being at a Conference at Dickenson Bay in Antigua in 1965. This was to be the forerunner of the Caribbean Community and Common Market (CARICOM) which today comprises 15 member states. In 1966, VC Bird Snr led a delegation to the United Kingdom to seek independence for Antigua and Barbuda.

On 1st November 1981, Antigua and Barbuda became an independent nation and V C Bird Snr became the first Prime Minister of his country. Immediately after independence, V C Bird again played a crucial role in the stalled regional integration process. Caribbean Community leaders had not met for eight years and the regional movement was limping along with no real direction.

VC Bird Snr made public calls for a Heads of Government meeting, offering to host it himself in Antigua. In the end, sensitive to Jamaica’s sometimes lukewarm approach to integration and anxious to keep the Jamaican government in the fold, he embraced the idea that the Conference should be held at Ocho Rios Jamaica under the Chairmanship of the Jamaican Prime Minister. Thus, the Caribbean Community and Common Market was reborn with a new lease of life, which has steadily grown since then.

He led his Antigua Labour Party to two more general election victories in 1984 and 1989, finally retiring in March 1994 at the age of 83. In July 1998, he was awarded the Order of the Caribbean Community by the Heads of Government of the Caribbean 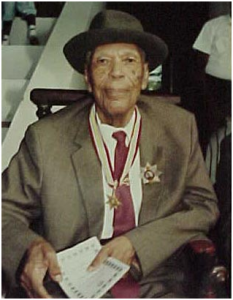 Community and common Market in recognition of the special role he played in the development of the Caribbean countries and their people. In November 1998, he was honoured by the people of Antigua and Barbuda receiving the highest Order of Knighthood the nation could bestow.

In his long life, Sir Vere Cornwall Bird had presided over the transformation of his country, raising up his people and leaving his nation much better off than he found it.