Antigua and Barbuda selected as the premier backdrop 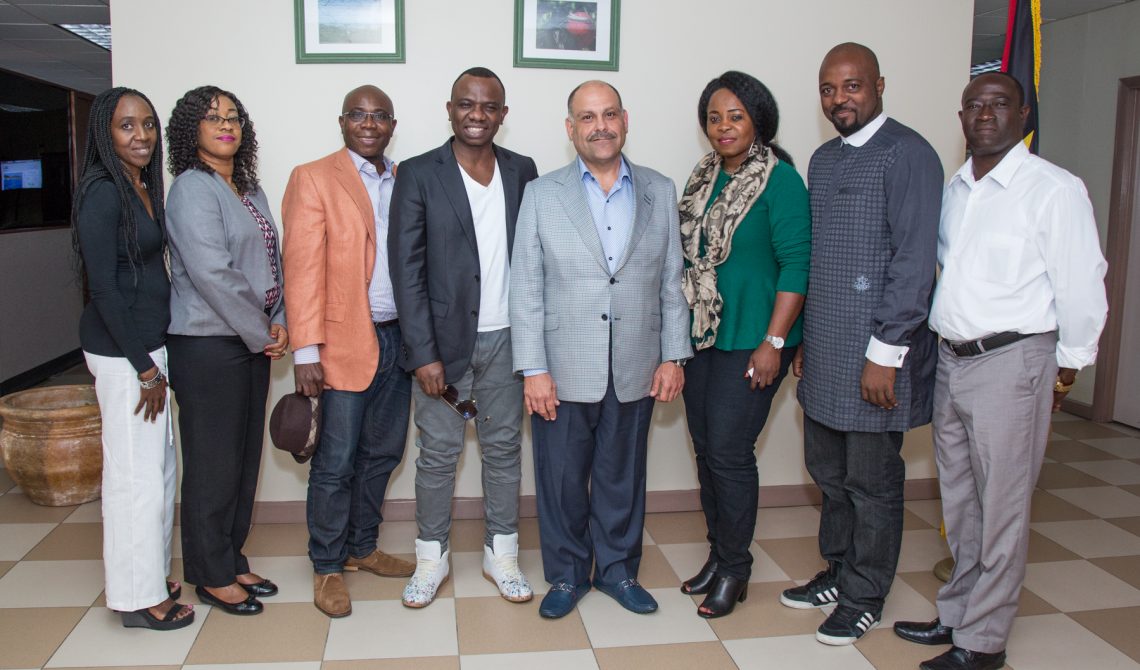 Antigua and Barbuda selected as the premier backdrop

St. John’s Antigua: The Ministry of Tourism Antigua and Barbuda through the Hon. Asot A. Michael has thrown its full support behind the Producers of the African film “Loving Daniella” which will be partly shot in the Twin Island State of Antigua and Barbuda.

The production group recently met with the Tourism Minister to share the details of the movie which is a love story with a twist set against the backdrop of Lagos Nigeria, Dallas Texas and Antigua and Barbuda.

The Hon. Minister of Tourism pledged government’s support in ensuring that all resources needed by the group for an efficient production while on the ground in Antigua and Barbuda are provided.

Site visits were made on Saturday and the group will return on island in April to commence filming.

“Opportunities such as this presents a tremendous marketing avenue for our destination…film tourism creates a demand in markets that would not otherwise be reached given our limited budgets, stated Minister Michael.

He continued that, “the government of Antigua and Barbuda is currently in the process of targeting the influential and diverse African cities such as Nigeria for Citizenship by Investment opportunities so this film could not have come to our shores at a better time!”

Interviews have already been conducted with local Antiguan and Barbudan actors to fill roles in the production and it is expected that casting calls will be made for support cast.

The film is written by Ike Nnaebue who is a highly celebrated Nigerian Movie Director, Screen Writer and Producer having won a Golden Icon Academy Award for his film False released in October 2013. The film “Loving Daniella” will be produced by Passion8 Communications Limited.