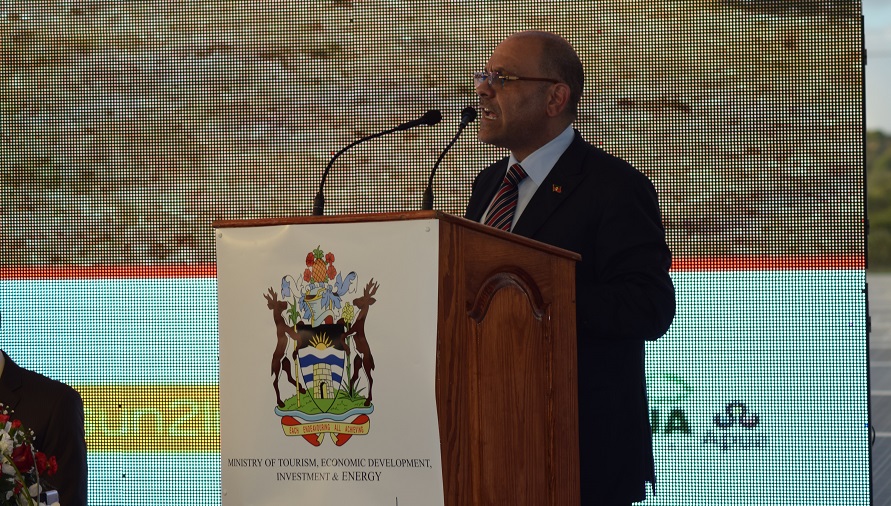 What is meant by the term “secondment”?

As the Honourable Prime Minister stated earlier, there are many reasons why it may be considered desirable for a secondment to occur, including:

An employee who works in a large organisation (such as the Government with different ministries and departments within ministries) may be seconded to another section of that organisation.

An internal secondment can be done much more informally and a fully detailed secondment agreement is unlikely to be required.

The only specific issues which will need to be defined in an internal secondment will be the duties of the employee on secondment, their manager, their place of work, and wages and any additional costs/expenses.

Secondment where an employe is assigned on a temporary basis to work for another, “host” organization (External Secondment)

Ideally, on an external secondment (such as a secondment from one legal entity to another wholly unrelated legal entity) the secondee’s existing employment contract should be reviewed, and a written agreement covering the secondment terms drawn up. This will set out the agreed changes to the secondee’s employment and may be signed by all three parties (the original employer, the employee and the host organization), but this is not a legally necessary.

Care will be taken, however, with respect to an external secondment in relation to clarifying the rights and duties flowing between the secondee, the original employer. We will cover all of these issues in the regulations.

It is vital that the parties understand who (for the purposes of the law) is the secondee’s employer during the secondment term.

Many employment rights, such as the right against unfair dismissal and unlawful discrimination, require ‘continuity of employment’ with their original employer.

This means an employee’s statutory period of continuous employment remains unbroken throughout any secondment and all of this is covered in the Act today. The secondee will therefore wish to preserve their employment rights to ensure their continuity of employment is maintained, even if circumstances arise such that the continuity is broken. Ideally, this will be covered in the secondment agreement.

During a secondment situation, the original employer will typically continue to pay the secondee’s wages, together with any connected expenses and costs.

What is the relationship between Central Government and Public Corporations also known as Statutory Corporations?

A new public corporation is constituted by statute. Its governing body (the board) is appointed by a Minister and is then given a substantial degree of freedom to conduct the enterprise in day to day matters in its own discretion with the exception of matters of policy which are normally reserved for the minister with responsibility for the corporation.

The Minister retains powers to give the corporation directions of a general character and certain specific powers and this is reflected and enshrined in every single Statutory Corporation Act that has been Law from the beginning.

The corporation typically has its own assets and is expected broadly to pay its own way. Its employees are not civil servants.

Most statutory organizations incorporated by statute within Antigua and Barbuda normally receive some funding from Parliament.

The responsible Minister appoints (or advises the appointment) of members of the governing boards; the members will hold offices for fixed periods; the Minister has powers of dismissal and a power not to re-appoint them, and this is in all the Statutory Corporations Acts that are on the Books.   This is not some new policy initiative.

Also, a typical statutory provision is that the Minister shall have power to give the Board directions of a general character as to the exercise of its functions on matters appearing to him to affect national interest, in the public good.

The statutes creating the corporations confer upon the Ministers particular powers.

I want the public to know, that the Minister is empowered, prior to this Act being passed into Law today to prescribe the form of the corporation’s accounts and appoint auditors; his sanction is required for large schemes of capital investment or reconstruction or public borrowing; in some instances he may advance sums. Ministerial and Parliamentary approval is also normally needed for money advanced out of National Loan Funds for any large scale scheme of public investment or borrowing.

The Minister will be entitled to call for information from the board regarding its activities. The board must present its accounts and an annual report to the Minister.

In most cases the corporations have been expected and required to conduct their affairs as commercial undertakings operating in the public interest.

The formal lines of demarcation between ministerial authority and the board’s autonomy are often unclear. The role of determining policy guidelines must inevitably be shared between the Minister and the board. But the Minister is ultimately responsible to Parliament to report on Statutory Corporations, not the Board.

Public corporations are bodies corporate. They can sue and be sued in their names. Their employees are their own officers and servants. It is doubtful whether any of the corporations is an agent or servant of the Crown enjoying Crown immunities and privileges. For most legal purposes other than liability to rates and taxes a public corporation is treated as an autonomous body corporate, not as a Crown servant.

The main reason for vesting the ownership of nationalized industries in semi-autonomous public corporations, instead of bringing them within the framework of normal departmental administration, was to encourage a competitive spirit of initiative and enterprise  But that does not mean in any way that they are not part of the of the overall Governance of the Administration of the day as they emanated from the Central Government.

The civil service ethos would, it was thought, inhibit managerial staff of the industries from making untried experimentation in new fields; it would induce an excess of caution and addiction to precedent; officials would always be looking over their shoulders.

Hence an attempt was made to insulate the industries from the rigours of the Civil Service by restricting ministerial responsibility for the conduct of their affairs day to day.

Statutory corporations are intended to enjoy managerial liberty subject only to ministerial control in the case the corporation’s policy.

The interests of the public as customers were to be represented by statutory consumer councils entitled to be consulted and to make their wishes known to the corporations.

It is clear that while a public corporation is a quasi governmental body administering services on behalf of the central government and is subject to policy directions from a minister, it is a distinct legal entity, a body corporate  which can sue and be sued in its own name.

It is also arguable that a public corporation is neither an agent or servant of the Crown enjoying Crown immunities.

The Government will ensure that care will be taken to ensure that the legal rights contained in the employment contract of current employees of public corporations are not infringed as there is a presumption against interference with vested legal rights.

Persons employed after The Statutory Corporations General Provisions Bill 2016 takes legal force will be then be subject to the provisions of this Act.

The secondee’s existing employment contract can be reviewed and a written agreement covering the secondment terms may have to be drawn up.

Regulations made under the Act will guide this process.

In summary there are three critical complaints:

Ministers who are given powers under a statute are required to act within their powers.  We are not laws unto ourselves and should not at anytime act high handed or unjustly.  We must at all times act fairly, reasonably, and with impartiality, equity and justice for all.

As the Honourable Attorney General pointed out, if they act outside their powers they can be challenged in the court by way of judicial review. Remedies available to a person aggrieved by a Minister’s unlawful actions are:

Furthermore, this Bill does not prevent an employee from seeking redress under the Labour Code or before the Industrial Court.

There are no illegal provisions within the Bill per se.

If there is a term within the contract of employment of a statutory employee preventing a transfer by way of secondment then that term has to be honoured, otherwise the Minister would be acting in breach of the employee’s contract. But there is no such term a Minister will be able to second an employee of a statutory corporation.

A secondment agreement in respect of the secondment should be signed by the original employer, the secondee and the host employer.

Regulation 12 of the Civil Service Regulations 1995 provides that: “An officer on permanent terms may be seconded by the Commission (i.e the Public Service Commission) to a post in or out of the civil service on such terms and conditions as the Commission may stipulate.”  Not the Employee or Officer!!!

Clearly this provision does not expressly state that the Public Service Commission is required to obtain the consent of a civil servant before he is seconded either within the civil service or out of the civil service.

It was an implied term of the appellant’s contract of service with the respondent that the appellant (Phillip Abbott) will consent to promotions and reasonable lateral transfers from time to time.”

His lordship’s position is that there is an implied term in contracts of employment that an employee will consent to reasonable lateral transfers proposed by an employer.

There is no need for the employee’s actual consent to a transfer.