Creation of a Sustainable Development Plan 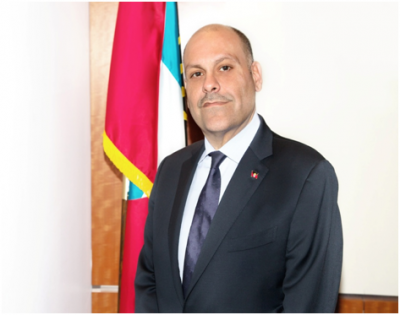 Creation of a Sustainable Development Plan

St. John’s Antigua; The Hon. Asot A. Michael Minister of Tourism, Economic Development, Investment and Energy for Antigua and Barbuda has issued a call for the creation of a Sustainable Development Plan for Antigua’s sister island Barbuda.
The call was made during the Minister’s contribution to today’s (Mon) special sitting of Parliament geared towards the ratification of the State of Emergency on Barbuda in the wake of the disaster which ensued after the passage of Hurricane Irma.
According to Minister Michael, while only very rough estimates of the cost of the damage in Barbuda has been done, but it will take millions of dollars to rebuild the Island.
“Mr. Speaker essential to the task of attracting necessary financial resources from the international community is a sustainable development plan. No international financial institution or donor government will provide resources without a plan that clearly indicates that Barbuda will be rebuilt to meet Category 5 Hurricane conditions”, Minister Michael stated.
The Hon. Minister is of the view that simply erecting structures similar to what previously existed will not encourage any government or agency to finance rebuilding as they would regard such actions as throwing their tax payer’s money into a never ending hole.
Considering the island’s geographical location, it is the Minister’s belief that such a disaster could reoccur in the future and “the Government of Antigua and Barbuda would certainly not have the money to rebuild after every disaster, and the international community would not support the government.
The solution to this as presented by the Minister of Investment would be “the use of land, building codes and regulations, and the implementation of internationally acceptable standards which would have to legislated, applied and enforced by the Government on Barbuda just as they are on Antigua and in every part of the World.”